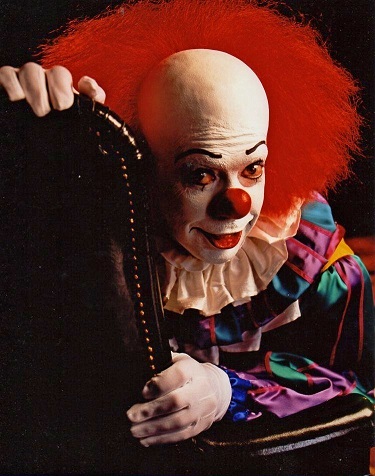 I probably won’t get around to seeing the new IT for a while.

I was resistant to a not-Tim-Curry Pennywise from the start. Yes, I know the miniseries has issues, but it was regular television, not cable. The writers and director were only going to get a fraction of the novel to the screen. Did it have a lot of gore? No, but – at the time – the show hit all of the creepy, scary, never-trust-a-clown buttons.

The early trailer for the new movie made me put my reservations aside. Pennywise in the slide projector was clever and the movie, in general, looked good.

Then, I saw a clip where the clown spoke….and the spell was broken. Pennywise sounded like a cartoon chipmunk (think Alvin’s uncle). IT went back to “meh”.

It also doesn’t help that I’ve been listening to the Castle Rock TV Podcast. They are doing a review/retrospective of the books and characters that will probably show up in Hulu’s Castle Rock, a new series based on the works of Stephen King. The first story they tackle is IT. Over several podcast they have explored the book and the miniseries.

I’ll get around to the new movie eventually; that opening weekend box office means IT will be haunting theatres for a while. The reviews and audience reaction suggest that I probably will like IT–when I give it a chance. For now, I’ve had my fair share of clowns.