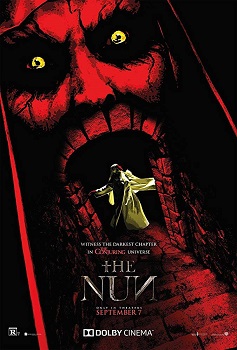 A priest, a not-quite nun and a Frenchman walk into a bar – um – a convent to investigate the suicide of a nun. What waits for them beyond the fog is an evil that wants a way out.

The Nun has a great, old school atmosphere and the soundtrack is good. The story that we get doesn’t quite fit this set up. Jumpscares galore but you don’t learn too much about our demon in residence. Why would someone summon this thing in the first place? What were the perks supposed to be?

Now, let’s talk about our heroes. The priest feels guilty, so the demon gets to torment him with that. The not-quite a nun has visions she doesn’t understand that reference the Virgin Mary. The Frenchman is worldly; he uses a shotgun, not the Bible.

In essence, the priest is the Scarecrow (he’s doesn’t think things through), our not-quite nun is Dorothy (she finds her purpose), the Frenchman is the Tin Man (his heart is in the right place) and The Nun is the Wicked Witch of the West. The Cowardly Lion? That’s the audience – BOO! 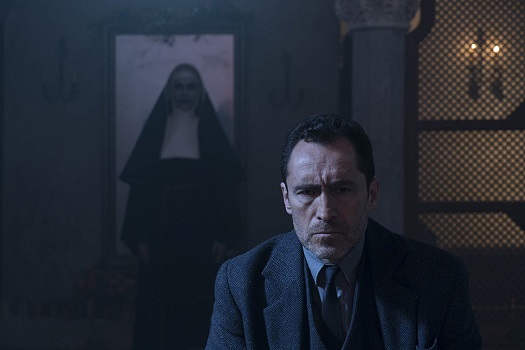 Because The Nun appeared in The Conjuring 2, you walk into this film knowing that this trio is not going to destroy the demon. Desite the jumpscares, the suspense is tamped down some. Also, the way they “defeat” the evil…Jada Pinkett did it better.

However, The Nun is full of great tips:
-if your horse refuses to get near a building rumored to be haunted/cursed, go home.
-if you are invited to spend the night at the cursed place, decline – go back to the village while you still have a ride.
-if you survive a hellish night, run to the village as soon as daylight hits.

It’s an okay movie that shows how The Nun is linked to the Conjuring Universe. On the other hand, let’s hope that The Nun gets a sequel (that’s really a story-strong prequel).