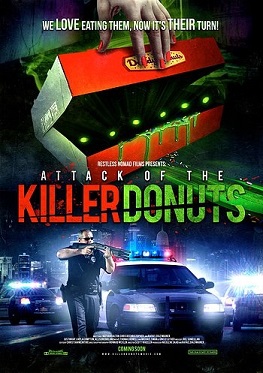 Dubious donut employee Johnny inadvertently infects the day’s delicacies with a chemical created by his mad scientist uncle which animates the sweat treats and transforms them into killers.

The Good: The actual killer donuts are cute and fun. They have teeth. They can be deadly on their own or attack victims in swarm. Their greatest strengths are size and, of course, taking unsuspecting eaters by surprise. If you manage to eat one, he’ll get you too – and turn all of your insides to goo. 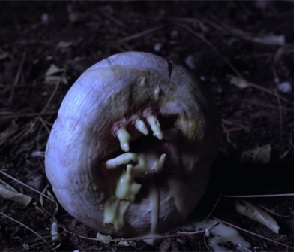 The Bad: Everything else. Attack of The Killer Donuts, a horror comedy that feels old. The freshness date on this type of comedy expired at least a decade ago. Our hero Johnny is  an unmotivated slacker who lives with his mom, has a “girlfriend” that’s uses him as an ATM, and can’t see that girl he works with is the one who is “right” for him. The money that he gives to his girlfriend is whatever he can beg from his mother. Did I mention that he doesn’t do any chores? I think the writers were going for lovable goof but ended up with clueless blandman. 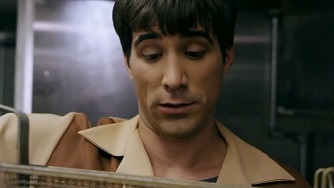 As a character, the “do nothing / be nothing” guy – without an ounce of charm – is passable as friend of the main character but it makes for a dull lead. For example, the girlfriend is blatantly using Johnny. When she stops by to pick up money, her real boyfriend is with her. Later on, when our “hero” catches the couple in the act of making out, he still doesn’t understand what’s happening. She has to spell it out for him. It’s supposed to be funny; it’s tedious.

Unfortunately, when your hero is flat, the other characters – even the campy ones – can’t save him.  Won’t someone rescue these homicidal treats and put them in a movie worthy of their sweet, glazed anger? 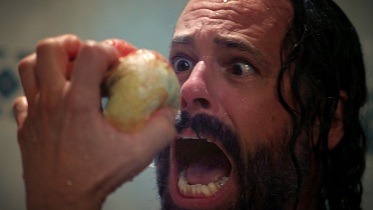 Tip: Have a pot of coffee on hand.