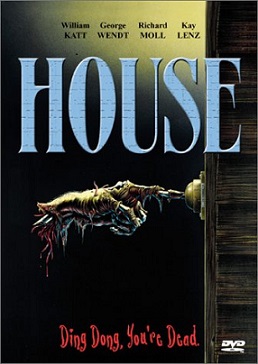 Horror writer Roger (William Kat) inherits his aunt’s house after she passes away. His first thought is to sell the place; it contains painful memories of his son’s abduction. Feeling that his son is still alive and needing a new space to write, he changes his mind. The house has his son and it wants him, too… 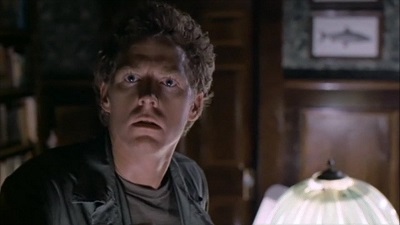 This is a horror comedy that has a good balance of both. As a haunted house movie, it has things that go bump in the night, weirdness that shows up during the day and a surprise lurking in every closet. The film deals with sadness, grief and regret – but it’s not malicious.

Besides the inhabitants of the house, Roger’s world includes a nosy next door neighbor, an ex-wife who is concerned about his well being, a sexy model-type neighbor who wants knows when a man is “ready to play” and a dead aunt who stops by with advice. 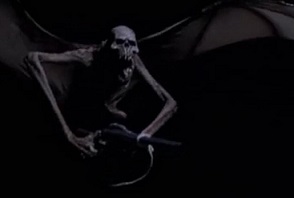 The stars of the film and most of the cameos are folks from 80s tv. For example, William Kat was The Greatest American Hero. George Wendt was a regular on Cheers. (Norm!)

Typically, horror movies gives you a human character who is evil (the true villain) or annoying to the point you root for the creature/killer to get them. That character doesn’t exist in House. There are conflicts that arrive from misunderstandings but the house is the only villain. Even today – a thousand years after I first saw the movie – that feels refreshing. 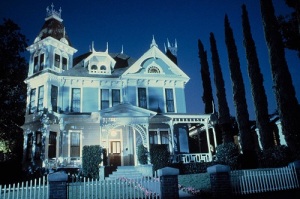