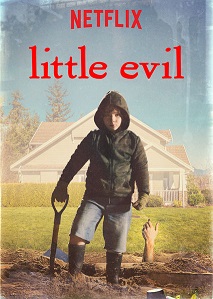 Gary met, fell in love with and married Samantha. In addition to being a loving husband, he’s signed up to be stepfather to young Lucas. Lucas doesn’t want a new daddy and does everything in his power to drive Gary away. It sounds like a typical family comedy – except Lucas is powered by Satan – his birth father.

With Gary and other forces vying to win Lucas’ affection (and soul), can this family be saved?

Little Evil is a horror comedy that is heavy on the comedy and “eh” on the horror. It feels like a bunch of friends got together over a weekend or two and had a really good time putting this movie together. Will the viewer have fun? This is mostly a parody of The Omen, so how much you enjoy this movie may depend on your memory of the 1976 classic.**

Samantha’s backstory is pretty interesting; I  wish it was a bigger part of the movie. Besides ignoring most of the bad things her son does, she’s constantly encouraging Gary to try harder to “reach” Lucas. There’s not much else for this character to do. 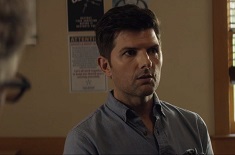 Gary is okay. Bland, but okay. It’s everyone around him that puts the zing into his life. Thankfully, he joins a stepdad support group which contains some colorful characters. They are the ones that help him cope and will be there when it’s time for the ultimate showdown with evil. 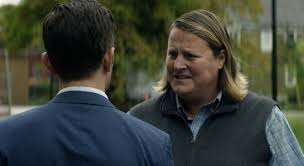 Al, Gary’s coworker and fellow stepdad, is the one who introduces him to the group. Al is played by Bridget Everett and reminds me of a younger, less mature version of Dan Conner. Some articles reference Al as queer (butch lesbian, gender fluid, or a transman) and make a big deal about the character being fully accepted and respected by their male, (presumably) CIS gender peer group.

Except for a bit early on where Gary is trying to figure out which side of the “step” binary Al falls into, gender/orientation really isn’t brought up again. Is this revolutionary? Not to me but your mileage may vary.

If you are looking for a horror movie, look somewhere else. If you want a chuckle or two, Little Evil works. 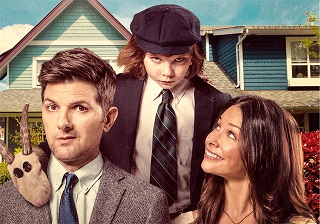 Tip:
*Before marrying the woman of your dreams, consider developing a relationship with your future step-demon.
*Take Your Demon-possessed Spawn To Work Day would be awesome.
*Satan is My Co-Parent is a book that would fly off of parenting/self-help shelves.