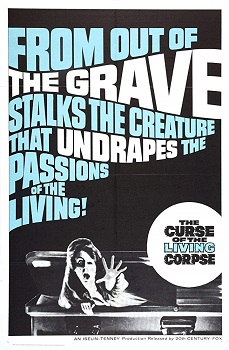 The patriarch of a family dies and it’s time for the reading of the will. There group assembled consists of a gambler, a drunkard, unhappy wives and mothers, mistreated domestic workers, a nice kid, a love interest and a lawyer. The dead man had made most of their lives miserable and he’s not through yet!The long suffering relatives can only inherit if they abide by certain conditions.

Here’s the trick – between the funeral, the burial and assembling for the reading, all of the potential heirs have broken the rules. Bummer right? It gets even worse. According to the will, those who don’t fulfill their duties will die facing their worst fears.

As people start dying, one has to wonder if the cloaked figure menacing about is the spirit of the dead man or a human avenger? Perhaps both things can be true at the same time?

I thoroughly enjoyed this movie. It’s a familiar plot boosted by great acting and writing. The family is full of tension, resentment and hatred. The father may have been horrible but the children he raised aren’t much better. Take out the “has dad returned from the dead” element and this could be a great dramatic soap opera.

There are some hokey bits. A couple of the killer stalking its prey scenes are a little long. Image playing ring around the coffin in triple slow motion. Fortunately, that’s a very small part of the film.

There’s a bit of comic relief and the movie kept me guessing.

Tip: Waiting around for the old, evil rich guy to die is a waste of time.

One thought on “Tuesday Terror: The Curse Of The Living Corpse (1964)”